It is often forgotten that, before turning to philosophy and literature, Jean-Jacques Rousseau was a theorist, pedagogue, historian, and composer of music. In all of these capacities he left behind writings that characterize the whole of his philosophy and which determined his influence on the evolution of musical taste and listener sensitivity. Fragments of his reflections of music can be found scattered throughout his autobiographical writings in Les Confessions and Les Dialogues; in his pedagogical treatise Émile ou De l’éducation; or in his political writings such as the Contrat social and the Discours sur l’inégalité parmi les hommes, of which his considerations regarding the uses of music in the earliest human societies were founding elements in the anthropology of music. Reference to music can also be found in his epistolary novel, Julie ou La Nouvelle Héloïse, in which the comparison of French and Italian aesthetics represents an essential moment of reflection on the musical style of the second half of the eighteenth century.

Beyond these scattered fragments, Rousseau also devoted entire important works to music, works dealing with subjects ranging from theory to aesthetics, as well as the ethical foundations of musical art. In music theory, associated with the history of notation and pedagogy, there is his Projet concernant de nonuveaux signes pour la musique (1742) and the Dissertation sur la musique moderne (1743), to which can be added “La leçon de musique d’Émile,” a fragment of Émile ou de l’Éducation (1762) which is considered an essential complement to the early texts of 1742 and 1743.

A number of Rousseau’s texts were written in the context of conflict between Italian and French tastes: the Lettre sur l’Opéra (1745), the Lettre sur la musique française (1753), the Lettre d’un symphoniste de l’Académie royale de Musique à ses camarades d’orchestre (1753), the Examen de deux principes avancés par M. Rameau (1755), and Fragmens d’observation sur l’Alceste italien de M. le chevalier Gluck (1777). Beyond their polemical nature, these works tell us something of how the musical genres and styles of the period were received and still offer arguments regarding the different modes of reception that guide the perception of musical works.

The relationship between music and language is also an essential theme of Rousseau’s writings. The principal work on this subject by the philosopher-musician remains his Essai sur l’origine des langues où il est parlé de la mélodie de l’imitation musicale. This essay advances the hypothesis of a double origin for human language, born out of love and pleasure in clement climates (ancient Greek, Arabic, Hebrew, Chinese...), where it still bears the trace of its origins and lends itself to a veritable music, whereas in Europe following the barbarian invasions, languages turned to rationalism and calculation. In music, according to Rousseau, the use of learned harmony is only a sign of poverty. He concludes by praising the eloquence of antiquity, a guarantor of liberty, arguing that the affective is as much political as musical.

Finally, Rousseau’s key writings on music include his Dictionnaire de musique (1767), the first major lexicographical work in French entirely devoted to musical knowledge in which Rousseau substantially develops his complex and varied musicological thought. Leading up to this Dictionnaire de la musique are his “Articles de musique de l’Encyclopédie” (1749) which merit a presentation in their own right.

It was at Diderot’s request and in the space of three months that Rousseau wrote more than four hundred articles for the Encyclopedia, which was later printed at the rate of one volume per year from 1751 to 1757. Rousseau’s articles deal with musical history and terminology, as well as harmony. One of Rousseau’s essential tasks was to present the harmonic theories of Jean-Philippe Rameau, which he did in great detail, but not without adding his own questions and critical remarks, drawing Rameau’s ire in 1755 and 1756. The sheer volume devoted to the affective power of the voice in these articles shows that, already in 1749, Rousseau was questioning the primacy of harmony. From this period onward, Rousseau’s thinking on music would be focused first and foremost in terms of melody and the emotions felt by listeners. The unison of a music said to be very imperfect, that of the ancient Greeks, produced effects that were not attained by the sumptuous harmonies of modern France: this is the problem of perfectibility that is already sketched out at the end of the article Musique, well before the “Illumination of Vincennes.” Although most of the articles written for the Encyclopédie were considerably rewritten before being used in the Dictionnaire de musique, there is not any rupture in the development of Rousseau’s thinking on music, despite the introduction of new concepts such as the unity of melody or imitative music.

END_OF_DOCUMENT_TOKEN_TO_BE_REPLACED 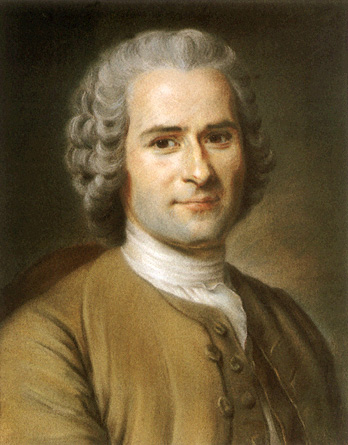