Berlioz was a prolific author: correspondence, musical reviews, books, musical prefaces, paratexts and librettos (Lélio ou le retour à la vie, L’Enfance du Christ, La Damnation de Faust, Béatrice et Bénédict, Les Troyens). The Grand Traité d’orchestration et d’instrumentation modernes (and its appendix on the art of conducting) is considered to be his most important theoretical contribution and one of the very first of its kind. But he was more of a columnist than a theoretician : aside from his prolific letters (more than four thousand were found), his Correspondance générale published by Flammarion in eight volumes and his Mémoires published posthumously, the major part of his writings are press articles. Between 1823 and 1863, he wrote about nine hundred feuilletons which represented his main source of stable incomes: Indeed, he was neither a virtuoso nor a teacher, the commissions were scarce, and his music never was lucrative.

His first articles date back to 1823 and were sporadically published in Le Corsaire, Le Correspondant, the Berliner allgemeine musikalische Zeitung, the Revue européenne, L’Europe littéraire and Le Rénovateur. In 1834, Berlioz mainly became a full-time reviewer for the Journal des débats and the Revue et gazette musicale. His articles were incredibly varied: reviews of concerts or operas, open letters, literary fantasies, biographical articles (Marcello, Méhul, Paganini), or even obituaries (Cherubini, Spontini, Chopin, etc.). From his first article defending Spontini's The Vestal Virgin, to the last dedicated to Bizet’s The Pearl Fishers, Berlioz paints the musical life of his time: concerts of the Conservatoire, Opéra and Opéra Comique, but also concerts organized by musical newspapers or by Prince de la Moskowa (early music), concerts of Dietsch devoted to religious music, as well as musical sessions of the great interpreters (the pianists Thalberg, Heller, Hallé, Doehler or Alkan, the violinist Bohrer, the cellists Batta or Franchomme, the clarinettist Cavallini, etc.). His feuilletons mentioned contemporary celebrities (Liszt, Meyerbeer, Donizetti, Halévy, Verdi, Gounod, etc.) and past celebrities he praised (Gluck, Beethoven, Spontini, etc.), but also a host of musicians who are now forgotten: Ruolz, Mainzer, Clapisson, Monpou, Kastner, Balfe, Flotow, Bazin, Boisselot, Mermet etc. Beyond the abundance of the Parisian life, his feuilletons still dealt with the main contemporary publications, instrument methods, but also with various questions related to teaching, tuning, instrumentation, or even outdoor music.

Beyond the financial aspect, Berlioz perceived journalistic writing as a controversial “weapon” to “protect what is beautiful” (Mémoires, XXI). He signed his first articles in Le Corsaire and Le Correspondant during the conflictual period revolving around the dilettanti to support the French lyrical tradition. This taste for controversy did not weaken when he became a regular reviewer for Débats. There, he led many crusades against fugues in religious music, vocalisations in the dramatic style, mercantile theatre directors, narcissistic singers, unscrupulous conductors, disrespectful instrumentalists, audiences deaf to masterpieces...

Simultaneously, Berlioz’s endeavours were media related. He ironically spoke of the constraints of a profession which often condemned him to write “nothing about nothing”, he went so far as to speak of “slavery” in a letter of 1861 to his son, and his correspondence sometimes revealed discrepancies between his true opinions and the judgements published in the press. Nevertheless, he was actually very conscious of the power of his position as a musical writer: he conceived his articles as a real “war machine” in order to conquer the Opera (CG2:336) or as a space to defend his conception of music. The publication of books reworking his earlier articles followed a similar media strategy, aimed at promoting his musical work (Voyage musical en Allemagne et en Italie, Les Soirées de l’orchestre, Les Grotesques de la musique, À travers chants).

Berlioz was a fervent reader of French and foreign romantic literature and it enabled him to have a personal and sharp style that has nothing to envy the writers of his time. As a master in the art of satire, he shows to be a worthy contemporary of Cham or Daumier. His quill thrives in flaying the “grotesque figures of music”: His biting irony is based on several techniques ranging from spiritual anecdote to caricatures and defiant comments. Through his truculence, his puns and his contrasts, Berlioz’s style almost has a Shakespearean dimension. It is related to a taste for a hybrid language, full of foreign terms and mixed with quotations in the language of Virgil or Shakespeare, sometimes cultivating an unusual or invented vocabulary, and a language mixing oratory art, epic expressions and poetic images. His assumed taste for incongruity, digression and hyperbole is proportionate to the violence of his musical emotions.

Berlioz demonstrated a high-end art of storytelling that shows forth in his correspondence, in his literary short stories or in his Mémoires, in which he delights in staging his romantic life. Even in non-fictional texts, he often displayed narrative structures that transform everything - a letter, a musical feuilleton, the very description of music - into a micro-narrative. These narratives were often animated by dramatization, but also by short sketches that give way to a conversational style and keep the reader on the edge of his seat. This literary taste and talent led Berlioz to intertwine his music with texts and words of which he was also the author: programmes (Symphonie fantastique), narratives (Le Retour à la vie), prefaces (Roméo et Juliette), librettos (La Damnation de Faust, Les Troyens, Benvenuto Cellini) offer throughout his work, different and groundbreaking forms of interplay between words and sounds. By linking melos and logos, in such an intimate way, assisting his composition process with several writing forms, and by finally making his Traité d’orchestration his opus 10, Berlioz showed there was no gap separating musical and literary works: both must be seen as a whole.

END_OF_DOCUMENT_TOKEN_TO_BE_REPLACED 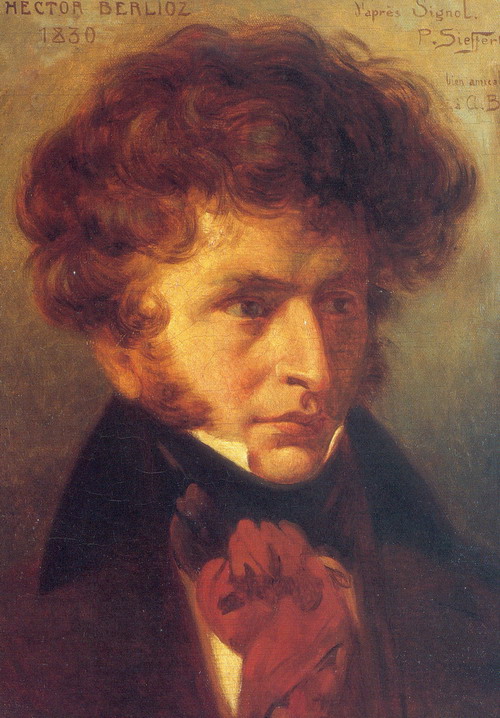