Maurice Emmanuel (1862–1938), composer and music history professor at the Paris Conservatoire from 1909 to 1936, was the author of a substantial body of writings, of which a complete inventory is yet to be made. His corpus—comprising theoretical treatises, biographies, articles, letters, prefaces, interviews, courses, lectures, reports, and travelogues—is so diverse as to transcend the limits of music and musicology: Emmanuel was a “polymath” in the image of Camille Saint-Saëns or Ernest Renan. Over his long intellectual and artistic career, which began in the early 1880s and continued until his death, he wrote texts on art history and on heritage, on regionalism and on organology, on Greek dance and folk musics, on the history and theory of “musical language”, on pedagogy and on the social/professional status of musicians, and on oceanography and cartography. This corpus reflects a generalized conception of musicology, prior to the specialization of knowledge and of practice; but it also testifies to Emmanuel’s curiosity and scientific appetite, which might be compared to those of his friend Charles Koechlin.

Most conspicuous among this output are the many books that punctuate the composer and musicologist’s entire career. His works on music history contributed to establishing his authority as a musicologist: La Danse grecque antique [Ancient Greek Danse] (1896), Histoire de la langue musicale [History of Musical Language] (1911), the long article on ancient Greek music published in the first volume of the Encyclopédie de la musique et Dictionnaire du Conservatoire (1913), the Traité de l’accompagnement modal des psaumes [Treatise on the modal accompaniment of psalms] (1913), Pelléas et Mélisande de Claude Debussy (1926) and the biographies of César Franck (1930) and Antonin Reicha (1937).

La Danse grecque antique constitutes the publication of the doctoral thesis Emmanuel defended at the Faculté des lettres of Paris in March 1896, initially titled (in 1895) Essai sur l’orchestique grecque antique (Essay on Ancient Greek Orchestics). This work was complemented by his Latin thesis, De saltationis disciplina apud Graecos (On the Teaching of Danse in Greece). In this innovative study, Emmanuel developed a method allowing him to reconstruct the gestures and movements that he believed the Greeks would have performed in their dances. Combining chronophotographic movement analysis with the study of ancient texts and interpretations of Grecian iconography, he sought at once to resuscitate a long lost dance culture while formulating a “grammar” of gesture.

His thesis on ancient Greek danse was further developed in 1913, in the article devoted to ancient Greek music titled “Greece” in Albert Lavignac’s Encyclopédie. Emmanuel approached the music of Greek antiquity from harmonic and rhythmic perspectives, using the research of François-Auguste Gevaert, of Louis-Albert Bourgault-Ducoudray, and of philologist Louis Havet, adding documents of musical iconography found on vases and coins. The analyses he developed in this article, which was written between 1906 and 1911, were taken up in his Histoire de la langue musicale (1911), a study modeled chiefly on works of historical linguistics. Here, Emmanuel—taking inspiration from the theories of Vincent d’Indy, Hugo Riemann, and François-Auguste Gevaert—presents music’s harmonic, rhythmic, and formal evolution from ancient Greece through the early twentieth century. The ideas set out in this book reappear in Emmanuel’s courses at the Paris Conservatoire—for which his fully written notes from the early 1930s (held in the composer’s private archives) preserve a reliable trace—as well as in his inaugural lecture as music history professor at the Paris Conservatoire, published in January 1910 in the Revue de la S.I.M.

Guided by his desire to interpret the music of the past from the dual perspective of critical history and sonic restitution, Emmanuel pursued an analysis of the phenomenon of modality in the medieval era in his Traité de l’accompagnement modal des psaumes (1913). As the fruit of his experience as choirmaster at the basilica of Sainte-Clotilde in Paris from 1904 to 1907, this treatise may also be situated in the lineage of Gevaert’s Mélopée antique dans le chant de l’Église latine (1895). Its originality resides in Emmanuel’s attempt to reconcile the injunctions of the Motu proprio of 1903 with Gevaert’s historical analyses in order to propose a method for the accompaniment of liturgical chant. The result is a novel synthesis through which Emmanuel demonstrates how psalms must be parsimoniously accompanied following a modal theory exposed in the earlier chapters; and how, in the liturgical setting, the role of the organ must be limited to supporting the voices.

Emmanuel’s treatises are intimately related to his practice as a composer and interpreter. Following in the footsteps of his predecessor, Louis-Albert Bourgault-Ducoudray, he wished to address musicians first and foremost, in order to offer them new resources. To this end, he developed a theory of “polymodie” and of rhythmics, which he exposed in his subsequent courses and articles—including, for example, his introduction to Trente Chansons bourguignonnes du pays de Beaune [Thirty Burgundian Songs from the Beaune Region] (1917), “Le Corps de l’Harmonie d’après Aristote” [“The Harmonic Body according to Aristotle”] (1919), “Polymodie” (1928), or “Le Tyran Ut” [“The Tyrant of ‘C’”] (1930). Drawing the Western “art” tradition into contact with external sources (French folk musics, the music of antiquity, non-European musics), Emmanuel brought theoretical and historical data to bear in view of musical composition. His major idea—founded on a liberal doctrine pitted at once against revolutionary tendencies and against conservatism—was to spotlight the plurality of modes and rhythms constitutive of musical phenomena in opposition to the tonal and metrical uniformization especially widespread in French institutions of instruction.

Over the course of his output, which was widely read and known among his contemporaries and students, Emmanuel built an interpretive framework that can be found in his books on Claude Debussy, César Frank, and Antonin Reicha. Pelléas et Mélisande de Claude Debussy was the first in-depth study of Debussy’s lyric drama. In it, Emmanuel presented a musical and literary analysis of the score, act by act, while also evoking memories of Léo Delibes’s composition class and of the young Debussy, the genesis of the work, the conditions of its creation, and the characteristics of Debussy’s style. Working at the same time on César Frank, Emmanuel sketched a genealogy of the contemporary French school, which he further clarified in Antonin Reicha. The two books blend biographical narrative and analysis of the works; but Emmanuel also inserted his own considerations, in particular regarding modes and regarding the “continuity of musical language”.

Beyond his theoretical and historical writings, Emmanuel devoted some of his activity to writing articles of music criticism, most often in the form of essays on a given aesthetic or theoretical problem: the question of realism in Louise by Gustave Charpentier (1900); the relationship between lyricism and pure music in L’Ouragan by Zola and Bruneau (1901); the question of musical pedagogy in “Le Chant à l’école” (1910); regionalism in Le Mas by Canteloube (1929); and so forth.

Meanwhile, enjoying an institutionally privileged position through his university credentials and his chair at the Paris Conservatoire, Emmanuel was often consulted, especially on matters of music education. A significant number of his writings touch upon these questions: his articles on the education system in Austria and Germany, published in La Revue de Paris in 1898 and 1900, mark the beginning of his reflection and activism for the institutionalization of musicology and for educational reform in France at every level from primary school through university and to the Conservatoire. His article on singing in schools (1910); his open letter to Jaques-Dalcroze published in 1924 in Le Rythme: Nouvelles de l’Institut Jaques-Dalcroze; his texts denouncing abstract solfège (“De Quelques Traditions”, Le Courrier musical, 1929) or praising “non-professional” music education; and his final articles, published in 1938, in which Emmanuel called for the establishment of a Faculté des Arts at the University of Paris, and recalled the necessity of professional craft [“métier”] in composers’ training—all of these attest to his constant investment in defending French musicology, in the transmission of knowledge, and in the development of music-making at all levels of French society.

Having authored a few short biographical texts (“Mes Avatars”, 1924; “De la Maison paternelle”, 1938), Emmanuel ultimately gave much of himself over to friendships: he maintained a relatively abundant correspondence, without being excessive. Part of this correspondence has been published (Lettres choisies). The corpus of his writings also includes a certain number of prefaces and notes on a very diverse range of publications, including the journal of the archaeologist Charles Carpeaux (1908); the treatise of his friend, the canon René Moissenet (La Polyphonie sacrée, 1922); the Traité des signes et agréments employés par les clavecinistes français du XVIIe siècle [Treatise on the Signs and Ornaments used by French Keyboardists of the Seventeenth Century] by Paul Brunold (1925); or books by the Burgundian journalist René Bertrand (Coins de Bourgogne, 1918; La Montagne de Beaune, 1933).

Maurice Emmanuel’s writings have inspired a large number of artists and scholars since the early twentieth century, including Olivier Messiaen, Paul Valéry, Gaston Bachelard, Jacques Copeau, Charles Koechlin, Maurice Blondel, Jehan Alain, and Henri Dutilleux. His study of ancient Greek dance, though marred by a classical vision of steps and gestures contested by Isadora Duncan, paved the way for a renewed understanding of orchestics informed by iconography. His ideas on rhythm opened new horizons for composers, while his doctrine of Greek modality, though since rendered largely obsolete by advances in musicology, has continued to nourish musicians’ imagination to this day. Finally, even if his theories are mostly out of fashion, his interest in oral musical traditions—which notably influenced Marguerite Béclard d’Harcourt—heralded the rise of ethnomusicology from the 1930s onward.

END_OF_DOCUMENT_TOKEN_TO_BE_REPLACED 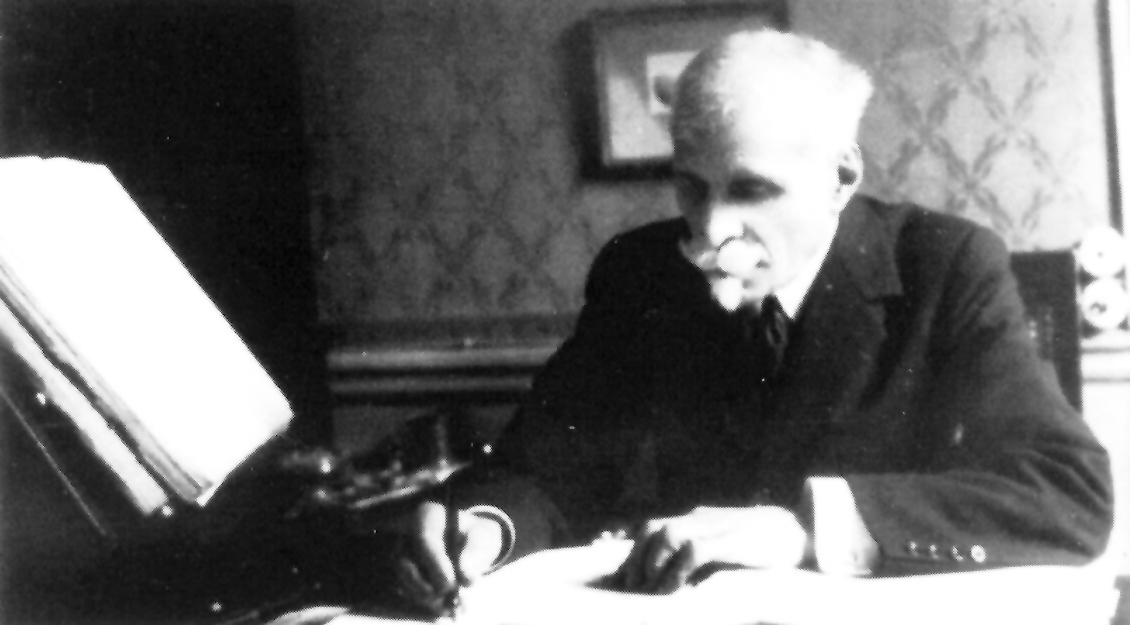