Gilbert Amy’s articles, few in number and written over the course of his entire career from 1958 to 2012, would have remained dispersed had Pierre Michel not edited an anthology of the composer’s main texts and interviews (Amy… un espace déployé, Millénaire III, 2002). Including tributes to Barraqué (the strictly musical homage to Guézec in Un désastre obscure seems far more sensitive), Boulez, and Messiaen as well as notices devoted to his own works, the richest reflections of Amy’s writings are found in a few more developed articles.

While Amy’s writings do not show the same capacity for abstraction as those of Boulez, they are inspired by the way the latter always take care to place his reflections in a historical context. Amy’s articles are mostly those of a pragmatist who, even when starting from a general question—be it musical material, open form, space, or form—returns to his own experiences and works. As a result, most of his writings create a sort of composer’s “diary” that accompanies his music and places his musical decisions in context. The invaluable interviews with Clément Rosset (France Culture, 1996, included in Pierre Michel’s anthology) make it possible to effectively connect Amy’s different positions.

The often-mentioned parallels between Amy and his mentor Boulez are primarily based on Amy’s diverse professional activities as composer, conductor, and administrator. Close to Boulez from his early works until the 1960s, Amy took Boulez’s place at the head of the Domaine musical (1967–1974), then broadened his experience by the founding a large orchestra, the Nouvel Orchestre Philharmonique, in 1974, before taking on a new pedagogical project, directing the CNSMD of Lyon (“La transgression et la règle,” in Harmoniques no. 6). Amy’s increasingly personal program choices at the Domaine musical already showed him distancing himself from Boulez (“Quelques repères sur le Domaine musical et le Nouvel orchestra philharmonique,” https://www.academiedesbeauxarts.fr/) expanding the repertoire to include American minimalists, Kagel, and experiments in improvisation that marked the context of 1968 and the following years. Amy drew sustenance from these new currents while remaining faithful to his own aesthetic options. His idea for a freely adjustable and arrangeable orchestra imagined in 1974 was based on the spatialization of the orchestra created by dividing it into several groups. From Diaphonies (1962) to D’un espace déployé… (1973), the latter of which effectively returns to the age-old notions of ripieno and concertino between two orchestral groups, Amy considered ideas of space, mobility, and chance beginning in 1960s with “Orchestre et espace sonore,” an important, developed article that anticipated his works to come. Drawing on Stockhausen’s Gruppen and Boulez’s Doubles, Amy adopts a historical point of view, considering different twentieth-century conceptions of the orchestra, “An interesting phenomenon: the revolution did not come from the ‘virtuosi’ of the orchestra like Ravel and Stravinsky,” (p. 61) notably identifying the founding roles of Debussy and Schoenberg, “To different degrees, there appears with them, for the first time, a functional aspect of the sound-instrument relationship (melody-instrument) and through this, a ‘spatialized’ treatment of the orchestral mass” (p. 62).

Again beginning with the Boulezian model to arrive at a more personal point of view, Amy recalls the contributions and the invigorating experience of Darmstadt, “a sonorous project based on material that was no longer collectively but individually preformed” (“L’étincelle marginale,” p. 133), which ran the risk of leading to excess diversification due to the multitude of individual situations. Similarly, Amy underlines his attachment to harmony in French music (“La régie de l’intervalle dans la musique française d’après Debussy,” 20e siècle, images de la musique française, texts collected by J.–P. Derrien, Sacem-Papiers, 1986). The latter article can be compared to those of 1960 and 1976, principally devoted to D’un espace déployé… and Seven Sites (“Sur certains aspects du langage musical aujourd’hui”) and is instructive for the panorama it proposes ranging from Debussy’s Nocturnes to Boulez’s Deuxième Sonate. (Amy devoted a meticulous analysis to Debussy’s Nocturnes in a conference of 1982 “Autuor de la notion de theme, motif et intervalle” that has remained unpublished, but which is indirectly reused in this article.)

Amy’s preoccupation with harmony ultimately returns to the reception of the work and an argument in favor of developing new reasons for listening (“Orchestre et espace sonore,” p. 72, prolonged five years later in “Redéfinir l’écoute,” p. 145). This meeting of harmony and perception results from Amy’s numerous efforts in his many spatialized works and is further nourished by his activity as a conductor. After his first experiments preparing the dramaturgical research on text and music for Images d’un monde visionnaire, a film by Éric Duvivier after Henri Michaux (“Musique pour Misérable miracle,” 1964), and especially from Une saison en enfer onward, Amy explores the fringes of these possibilities. His next steps were Missa Cum jubilo (“Dans la lignée des grandes messes symphoniques,” 1991, p. 96) and his opera Le Premier Cercle based on Solzhenitsyn, “I had long waited for this book after abortive, unsuccessful attempts” (“La tentation de l’opéra,” 1999, p. 180).

The recurring themes of Amy’s writings, moving from essentially compositional approaches—the exploration of space, the attachment to the French tradition of harmony—to his increasingly public concerns on behalf of the audience and new repertoire, follow a gradual shift from questions of conception to questions of reception. Without creating the same sort of identifiable and nearly autonomous field found in Boulez’s work, Amy’s writings offer a development in parallel to that of his elder—on composition, conducting, and institutions—but one that is always personal, coming from a musician who sees himself as a creator above all else and whose articles are always situated in the margins of his music.

END_OF_DOCUMENT_TOKEN_TO_BE_REPLACED 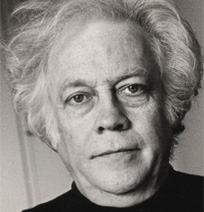