François Bayle is one of the acousmatic composers who has written the most about his own music as well as the aesthetics of acousmatic music and music in general. Two periods can be discerned in Bayle’s writings, marked by the literary turn of his publishing house Magison in 2009.

From 1966 (when he took over the direction of the Groupe de Recherches Musicales) to the 2000s, Bayle published numerous articles in various journals and collective volumes (particularly conference proceedings) and gave several interviews. These writings principally deal with his aesthetic and practical ideas (see below) concerning acousmatic music, ways of composing and listening to that music (contributing to its “listenability”), and the reasons that it did not always find the audience it might have. He also discussed questions of music and composition in general, the relation between composers and their material, differences and ties between instrumental and acousmatic music, and, occasionally, other composers.

From among the at least twenty-four articles and chapters that can be accounted for, half are reprinted in Musiques acousmatiques... propositions... positions... (1993), in addition to which  there are two volumes (published in 2003 and 2013) compiling writings resulting from Bayle’s activity at the University of Cologne (program notes, talks for concerts) as well as new texts from the composer and other commentators. These have allowed for a greater international visibility of Bayle’s thought, thanks in large part to translations in French, English, and German.

Since 2009, Magison has published five books by Bayle, each dedicated to one of his works in particular, including texts by composers and musicologists, François Bayle himself, as well as a DVD containing analytical transcriptions of his works and other multimedia files. Since this, his writings have primarily concentrated on his own works, although he also sees them as a means for discussing acousmatic music in general.

François Bayle’s writings are regularly adorned by citations that situate his ideas poetically and aesthetically; these often return over the course of his text to illustrate a particular point. His articles are relatively short (usually less than ten pages), clearly structured and sometimes even numbered in terms of the different points he discusses. Propositions are often made in threes, a balance that Bayle favors, perhaps in relation to his interest for the semiotic tripartition of Charles Sanders Peirce. In Bayle’s closing sections one often finds diagrams or tables which are attractive and seem functional, but generally their content is not explained in the article itself.

Situated between poetry and phenomenology, between metaphor and science, Bayle’s writings are those of an artist who finds the sources of his inspiration in various domains. He regularly cites Gaston Bachelard for his approach to material and words, Jacques Lacan for psychoanalysis, Maurice Merleau-Ponty for phenomenology, but also René Thom and Alfred North Whitehead for catastrophe theory, morphogenesis, and elementary dynamic models. In spite of his great respect for the work of Pierre Schaeffer, Schaeffer’s typo-morphological vocabulary is not found in Bayle’s writings.

Many concepts recur systematically in Bayle’s writings and are defined in the different glossaries that close his anthologies. All of the notions present in those glossaries are not explained here, only the most important and recurrent.

1. The acousmatic is often introduced with the story of Pythgoras’s apprentices who remained behind a curtain during the first years of their apprenticeship before being allowed to join their master on the other side of the curtain. This concept not only includes the detachment of the master’s voice in relation to its source, but also the constitution of a new object imagined in terms of that sole voice. Unlike the radio, which seeks to make us forget the absence of a source, Bayle holds that acousmatic music intentionally takes advantage of that absence and uses it to artistic ends.

2. Sound as image, the image of sound (image-de-son or i-son), refers to the possibility to capture and manipulate sound outside of its real-time creation and the control of its projection in space, which in turn allows for different degrees of abstraction in relation to the real and to different forms of signs according to Peirce. The im-son relates to Peirce’s notion of icon (which resembles its real referent); the di-son to the index (which refers to the real through contiguity), and the mé-son to the symbol (which refers to the referent in a more general, arbitrary, and metaphorical way).

3. Speed of light sound became possible with the advent of electricity, allowing for the appearance of phenomena and objects without real existence, revealing, for Bayle, the “source-forms” and “latent desires” of human imagination.

4. The salient and the pregnant, terms taken from René Thom, refer to the remarkable features of a local sound form (salience) whose repetition and division into different phenomena allows its interest to be extended to a translocal scale (pregnancy).

5. Concrescence is a term borrowed from Alfred North Whitehead’s theory describing the potential for and realization of experiments grouped together by linked flows. A result of this is that individual figures can appear to be made up of accidents from within an emerging system.

6. The acousmonium is an orchestra of loudspeakers distributed around a group of “soloists,” to bring out saliencies and allow for pregnancies to emerge within a projection space destined for a public detached from the composer’s individual relationship with sound in the context of the studio.

Connection to the Music

Reading François Bayle makes it possible to better understand and better listen to his music. This was partly his goal: “So, alongside my work as a composer, and to contribute toward its ‘listenability,’ I would like to offer this other side of the material, these fragments of a system of ideas, necessarily partial attempts, attempts made over the years and more often then, not, unresolved” (op. cit. 1993, p. 18).

Having read Bayle, one can begin listening to his music in terms of images, concrescences, spatial figures, intentionality, and signification. Despite of its central role, the interest of his writings does not end with his own music. Even his program notes illuminate not only the specific works to which they refer, but also François Bayle’s creative process in general and his vision of acousmatic music beyond his own production.

END_OF_DOCUMENT_TOKEN_TO_BE_REPLACED 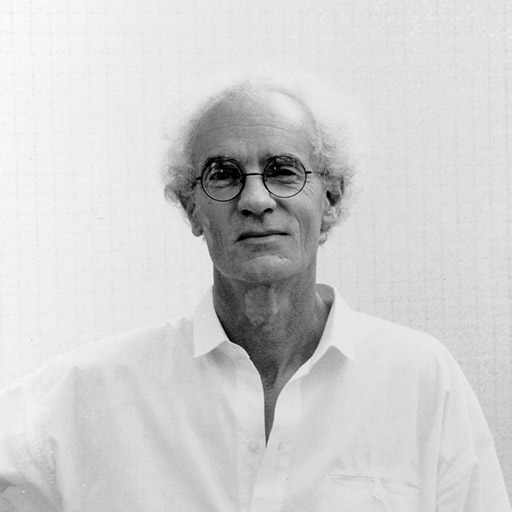