Born into a family of industrialists of Alsatian origin, Chales Koechlin maintained a vital activity as music theorist and pedagogue alongside his compositional career. Though a passionate musician, Koechlin was first destined for a career as an engineer or even astronomer. A student at the École Monge and then the École polytechnique from 1887, he suffered from tuberculosis and had to interrupt his studies to recover his health in Algeria. It was at this moment that his destiny took a different turn. Even as he finished at the Polytechnique, he undertook deeper musical studies in the classes of Massenet and Fauré at the Conservatoire, where he made connections that decided his future. This double education no doubt explains in part the intense theoretical reflection alongside Koechlin’s compositional activity.

Koechlin’s works are still relevant today. One could cite the monumental Traité de l’orchestration (written between 1939 and 1943, published between 1954 and 1959), of an uncommon erudition. All the while, Koechlin published numerous essays and gave a large number of lectures. His broad culture led him to reflect too on sociological issues such as musical education, the role of radio, cinema music, and the political engagement of artists. He drew on his knowledge of ancient Greece to reflect on democracy in the modern world. Inspired by his contemporaries, he discussed the ideas of Romain Rolland along with those of Tolstoy, Bergson, and Duhamel.

The corpus of Koechlin’s writings is therefore considerable. This includes nearly 150 feature articles published mainly in French music journals of the interwar period (La Revue musicale, Le Monde musical, Le Courrier musical, etc.), dozens of reviews (almost all in the Chronique des arts et de la curiosité between 1909 and 1914), lectures, and radio talks, not to mention his technical works and long articles in collective volumes, such as the one on mélodie in Cinquante ans de musique française, edited by Ladislas Rohozinski and published in 1925. And all this is only what was published in the composer’s lifetime: his archives contain further drafts, sketches of articles, fictional texts, and projects for books. Also not included is the musician’s unpublished correspondence, to the tune of hundreds of letters. This impressive corpus makes the composer an exceptional thinker of his time. His writings are all the more important in that they were produced across the period of aesthetic revolution in Western music from the beginning of the twentieth century and the end of the 1940s.

Fairly close to the French Communist Party, Koechlin was named president of the Fédération musicale populaire in 1937, succeeding Albert Roussel. The same year, he became president of the Musical Commission of the Association France–URSS (Franco-Soviet Association). Koechlin wrote articles on popular music as well as French composers for the daily paper L’Humanité in 1937–8. A certain number of these texts were later collected in a brochure published by the Fédération musicale populaire under the title Art musical populaire. His affiliation with a certain “intellectual” left wing did not stand in the way of his being a “nationalist”, an ardent champion of French music, which he was committed to promoting ever since 1914. He did so by by way of, among other things, a series of lectures given in 1916 and 1917 devoted to French music, a cause that he would continue in the United States in 1918 and 1928. His writings on the history of contemporary French music constitute invaluable documents for understanding the nuances that the subject would seem to entail, notably with regard to the period 1914–20 for which numerous documents have disappeared, leaving testimonials such as this one all the more essential.

Koechlin’s articles and lectures possess very specific characteristics that constitute their attraction and originality. These texts bear witness to the musician’s impressive general and musical culture and are often accompanied by a considerable number of notes and quotations. These last, however, are often approximate, the composer not always having had before him the volumes cited, relying more on memory. This broad and multifarious culture enabled him to discuss not only philosophical, historical, aesthetic, and mathematical ideas but also a considerable number of examples, whether literary, musical, architectural, or relating to the fine arts (painting and sculpture) to illustrate his points, and above all to demonstrate their validity.

END_OF_DOCUMENT_TOKEN_TO_BE_REPLACED 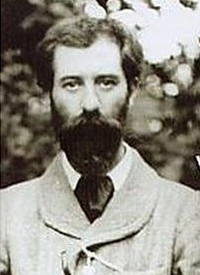