André Hodeir developed a taste for writing early in life. As a convalescent, he used his sanatorium years (1938–1942) to write his first articles which were published in René Barjavel’s L’Écho des étudiants between 1941 and 1944 (nearly seventy articles on both jazz and premieres of symphonic and operatic music). The rhythm of his publications accelerated over the next two decades, whether in music periodicals (Images musicales, 1945–1947; Disques, 1948–1954; Musica, 1954–1956), in specialized jazz magazines (Jazz Hot in particular, for which Hodeir served as the principal editor between 1947 and 1951 and in which he published more than two hundred articles during the 1940s and 1950s, as well as countless record reviews), as well as in weekly cultural publications (Paris-Comœdia, 1952–1954; Arts, 1955–1958). Other texts by Hodeir can be found in the pages of Combat, Les Temps modernes, Esprit, the review of the Domaine musical, in Lucien Malson’s newly created Cahiers du jazz, as well as in the American publications DownBeat, The Saturday Review, and the Evergreen Review.

In parallel to writing for the press, which revealed him, alongside Boris Vian, Charles Delaunay, and Franck Ténot, as a partisan of the “modern jazz” that was be-bop, Hodeir soon distinguished himself through his books. His output began with two books that he later disavowed for being overly influenced by his early mentor Hugues Panassié (Le Jazz cet inconnu, 1945; Introduction à la musique de jazz, 1948). Written from a rather academic point of view (in terms of genres, styles, schools, periods, instruments, etc.), these attempts opened the way for his first important book, Hommes et problèmes du jazz (1954), the analytical reflections of which made him known in France (where the book was accompanied with an anti-Panassié pamphlet, La Religion du jazz) and the United States (where it was published in 1956 as Jazz, Its Evolution and Essence). Translated to five languages (English, Swedish, Polish, Romanian, and Italian), it was regularly reprinted and became Hodeir’s best-known and most influential book on jazz. A second book Toward Jazz (1962), was the result of a shift toward reflections of a more aesthetic nature and led to some American controversies, but was little known by Hodeir’s French contemporaries, as it was not translated until 1984, under the title Jazzistiques, making the shift in Hodeir’s thought available to readers of French.

Finally, came his magnum opus, Les Mondes du jazz, written over nearly a decade. Finished in April 1968 but published in 1970 (and two years later in English), it was, according to Hodeir, “a very curious book on a formal, dialectical level, in which fiction and reality, truth and error, lie and avowal are perpetually entangled” (letter to Jean Barraqué [19 May 1961], in Dans le secret et l’inattendu. Jean Barraqué/André Hodeir – Correspondance et essais, Pierre Fargeton and Laurent Feneyrou, eds., Sampzon, Delatour, 2021, p. 97–98). In this book, and without avoiding paradox or contradiction, Hodeir calls for a written jazz, a jazz repertoire, moving from chapter to chapter between music criticism, aesthetic essay, fiction, parody and pastiche. Its characters are partly major figures of the history of jazz, partly imaginary (like the composer Matti Jarvinen). Hodeir even goes so far as to make up university professors who point out the contradictions between the Hommes et problèmes de jazz and Toward jazz, a piece of self-mockery which serves as reminder that Hodeir’s thought is not all cut from the same cloth. The writing of Les Mondes du jazz coincided more or less with Hodeir’s abandonment of composition (1972) and prepared his transformation into an author of novels and short stories in which the music remains omnipresent (Play-back, 1983; Musikant, 1987; Mat et Brian, 1994; Si seulement la vie, 2001; Le Rire de Swann, 2006).

Although his name remains associated with jazz, Hodeir also published works on “classical” music. First among them is a little dictionary on musical form for the series “Que Sais-je”, Les Formes de la musique (1951); this least Hodeirian of Hodeir’s books is curiously the most translated (8 languages, Japanese, English, Portuguese, Turkish, Spanish, Italian, Russian, Romanian) and the most often reprinted (with its seventeenth edition in 2019) of his works. La Musique étrangère contemporaine (1954) was another book for the Presses Universitaires de France, in which begins to reveal the very personal point of view that would later break out in 1961 with the controversy of La Musique depuis Debussy (and even more with the American Since Debussy, which was published at the same time). Beyond its purposeful silence on composers judged to be of little significance (such as Shostakovich, Prokovief, Hindemith, Britten, Poulenc, and Milhaud), Hodeir reduces the music of his favorite composers (Stravinsky, Bartók, Schoenberg, Berg, and Webern) to a few summits that, according to him, changed the history of music, to the detriment of works of lower altitude which he considers the result of resignation or the inability of the most innovative composers to learn from their own discoveries. At times, some composers’ audacity is even brought into question, as with Olivier Messiaen, whose technique is compared to a cosmetic transformation of a bygone language. Among the generation of post-war serial composers, Hodeir praises the merits of Pierre Boulez but prefers Jean Barraqué of whose music he writes a long, vibrant, and informed defense, and who, as a friend of twenty years, offered Hodeir particularly privileged access to his works (unlike the American critics who, utterly unaware of Barraqué’s existence, gave Hodeir’s book scandalized and incredulous reviews). After the “Debussy scandal,” Hodeir only occasionally wrote about classical music: texts in homage to Barraqué (who died in 1973), a few articles in Panorama instrumental, for which he served as chief editor (1973–1976), and a few entries in the Grande Encyclopédie Larousse in twenty volumes of 1971–1976 (including the article on “Music”).

END_OF_DOCUMENT_TOKEN_TO_BE_REPLACED 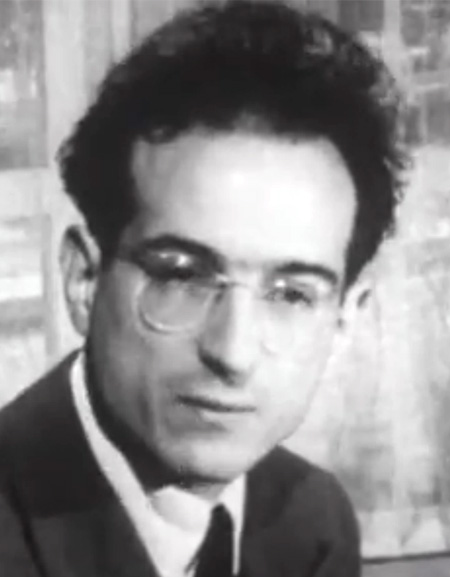